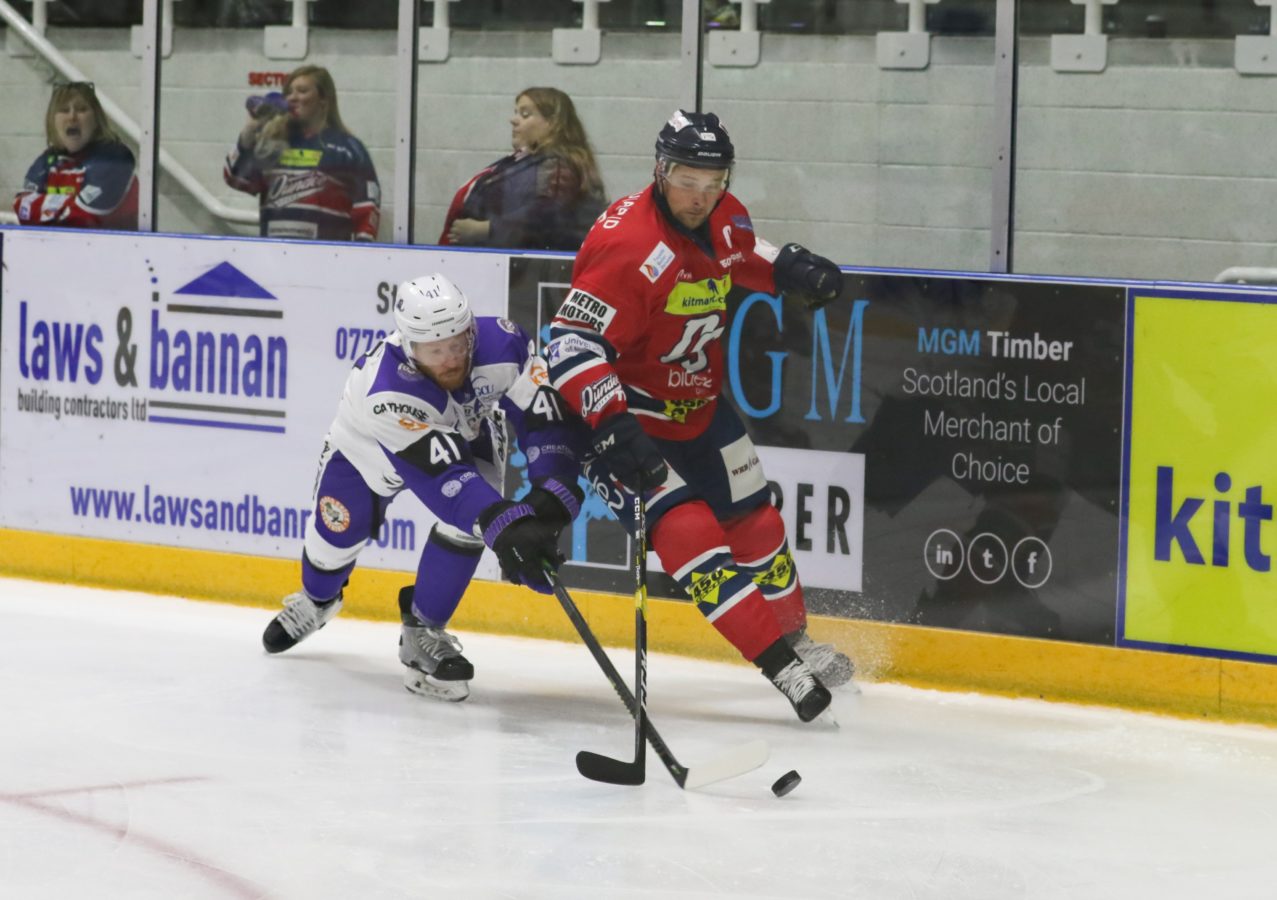 The Kitmart Dundee Stars are going for a fourth straight victory over their Scottish rivals, Glasgow Clan as the two sides meet in Braehead on tonight.

Dundee are on the road on tonight as they visit Glasgow for the second time this season, but the Stars have won all three previous meetings between the sides so far in the 2019/20 campaign.

Last Saturday the Stars beat the Clan 3-2 in Dundee but their chance to create a winning streak was quickly halted by Nottingham Panthers on Wednesday as the English club claimed a 5-2 win at home.

Colton Kroeker opened the scoring for the Stars against Glasgow last week before Jordan Cownie doubled the lead in the first period.

Elgin Pearce added a third goal in the middle session, but Jordan Heywood pegged one back for the visitors just before the second break and in the final there was only one goal.

Scott Pitt struck inside the final two minutes to make it 3-2 and set up a tense finish but the home side held on to claim their first league win in six games.

However, Zack Fitzgerald’s side bounced back with a 5-2 win over the Manchester Storm the following night but they were again defeated on the road during the week as they lost out 2-1 to Guildford Flames after overtime.

On Wednesday night in Nottingham, Dundee trailed twice but had the game tied at 2-2 early in the third period, thanks to goals from Justin Maylan and Anthony Beauregard. A couple of questionable calls from the officials allowed the Panthers to get ahead.

The Stars will still be without defenseman, Kris Inglis as he is set to miss this weekend’s matches due to his upper body injury but Duncan Speirs has dropped back to fill the gap in Dundee’s defensive lines.

Stars defenseman, Shawn Boutin believes that Dundee did well against Nottingham and that it is important to carry over that hard working performance into this weekend.

He said: “It was a tough result but I think we played a good game.

“I am not sure about their third goal if it was offside or not but we have to stay positive, we did some good things out there.

“They came hard because they needed a win as well, so we just have to build on what we did well on Wednesday and go from there.”

The Canadian has insisted that confidence is key for the Stars this weekend.

Shawn added: “Whether it is Glasgow or Cardiff or whatever team, we have to be confident that we can win every game.

“We have to focus on what is ahead of us, which is Glasgow first, but we are confident about the weekend.”

Boutin also believes that the Stars must stick to playing the same way as they have in the past against Glasgow.

“It is all in the small details, so we just have to keep playing the way we have against Clan.”

The Stars road game in Glasgow tonight will face-off at 7pm in the Braehead Arena.