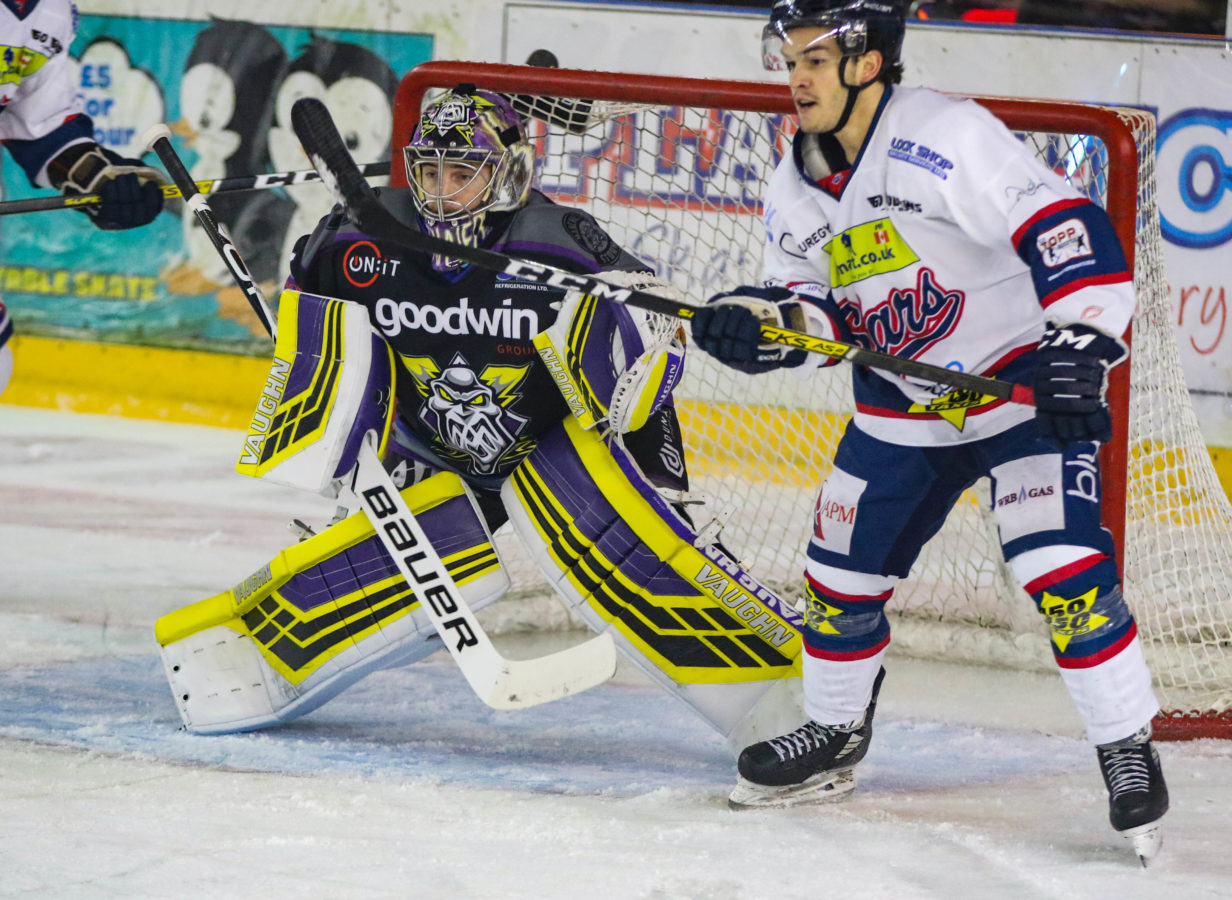 The Kitmart Dundee Stars are searching for a vital victory on the road that would complete a four-point weekend as they visit Manchester Storm.

The Tayside team head south to Altrincham on Sunday and are hoping to prevent the Storm from claiming a clean sweep of wins at home against them.

Two previous wins at the Storm Shelter for Ryan Finnerty’s side balance out the season score as Dundee also won twice at home.

However, the Stars come into the game on a two-game winning streak after they dispatched Glasgow Clan 6-3 on Friday night.

Anthony Beauregard, Drydn Dow, Craig Gans, Kevin Dufour, Brett Stovin and Matt Carter all found the net to give the Stars the first victory in the Elite League’s inaugural weekend.

Meanwhile, the Storm were in Sheffield on Saturday night but went down 4-2 to the Steelers after Mario Puskarich and Frankie Melton netted to put Manchester 2-1 ahead.

Melton is a new January signing for the Storm, along with Ivan Sijan, who played for Milton Keynes Lightning last year and the changes were required after injuries piled up and Kyle Hope informed the club that he wished to leave to pursue an opportunity in Denmark.

Although, Dundee will be without three players for this fixture as Kris Inglis and Reilly O’Connor and joined on the injured reserve by Alex Schoenborn, after he picked up a lower body injury on Friday night.

The Tayside team have opened up a five-point gap between them and last-place Fife Flyers but whilst now level on points with Manchester, the Storm have two games in hand.

A win could see the Stars equal Glasgow’s points total for seventh place but the Clan also have a game in hand.

Looking ahead to Sunday’s fixture, Stars Head Coach, Omar Pacha said: “It is going to be a gritty game, there is no question about that.

“We are going to have to play a strong heavy game and it is always a challenge as it is an extremely tough building to play in but right now we have to steal a win from there.

“If results go our way then we can surpass them (Manchester) this weekend, so we need to focus on that and make sure that we are ready for the game.

“It is going to be a travel day but we have to make sure we are ready to go from puck drop.”

Stars forward, Duncan Speirs has been helping out in defence due to the team’s injuries but he is confident that they can out-work the Storm and find a way to win on Sunday.

He added: “It is another huge game for our playoff push, we will definitely be up for it and hopefully we come home with the two points.