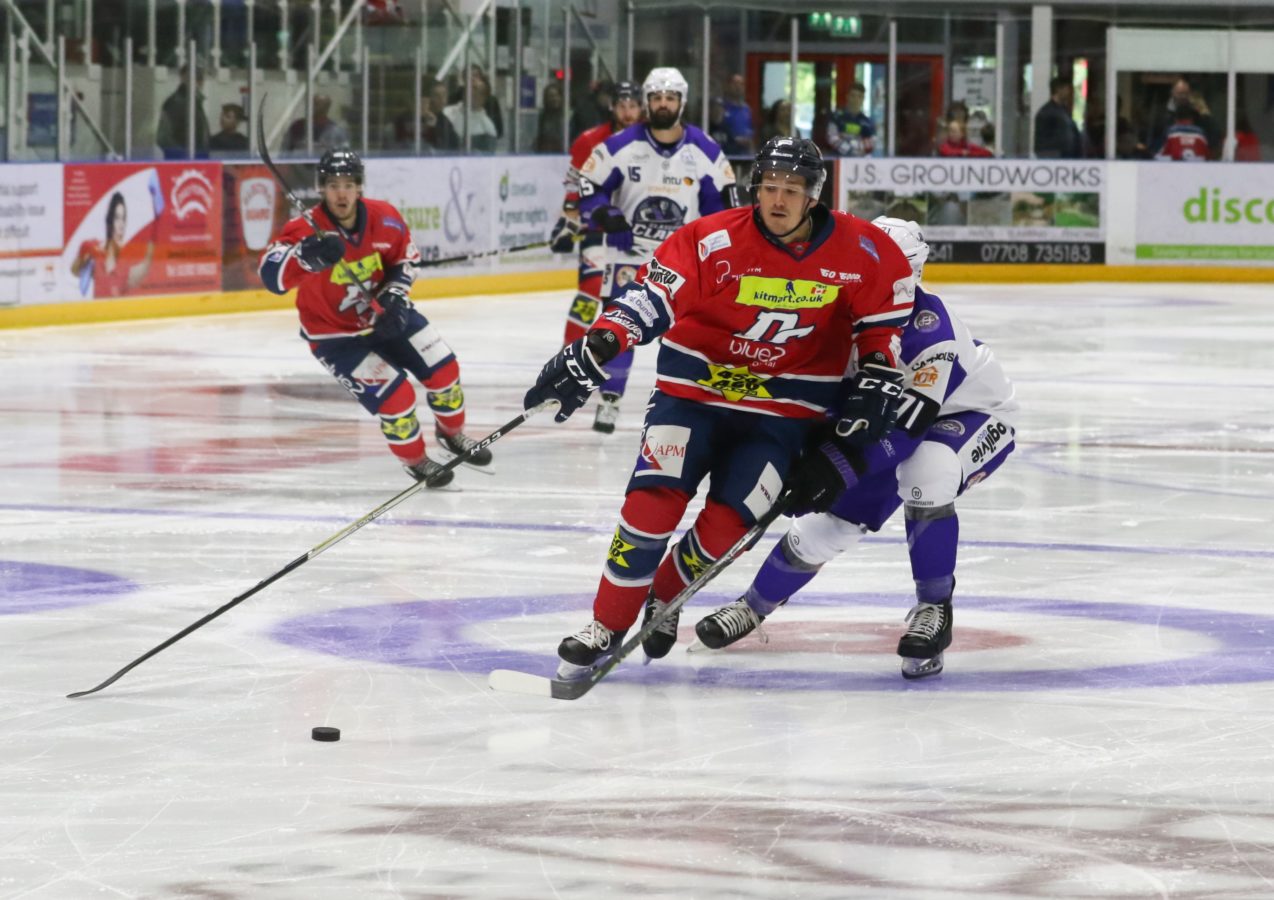 The Kitmart Dundee Stars are aiming to bounce back from defeat and finally snap their losing run in the league by overcoming the Glasgow Clan on Saturday night.

Friday night’s 7-2 road loss to Belfast Giants added to the Stars woes in the league as they could not reignite the spark they had when they last played against the Giants.

After falling behind 1-0, Matt Marquardt brought Dundee back onto level terms with a fast and sneaky backhanded shot that caught Shane Owen off guard.

The puck hit the padded back post of the net and bounced back out and immediately the referees signalled no goal but after a video review, the goal was awarded.

Belfast scored twice more to take a 3-1 lead into the first break but Elgin Pearce quickly cut into that deficit in the second period as it took him just 33 seconds to net the Stars second goal.

Pearce was lurking around the Giants net and was the first to spot the rebound of Anthony Beauregard’s shot and quickly pushed it home. However, Adam Keefe’s side responded well and moved four goals clear before the end of the second period.

With a 6-2 lead, the Giants would add another before the final buzzer as the Stars could not muster up a comeback.

Going into tonight’s match, the Tayside team have beaten the Clan twice in the Challenge Cup and their back-to-back wins in the opening weekend gave Glasgow the wake-up call they needed.

Since those 6-3 and 7-2 defeats, Zack Fitzgerald’s men have been in good form and have taken pole position in the league on a few occasions but currently sit third in the standings.

In the last outing against the Glaswegian side, Beauregard (2), Pearce (2), Duncan Speirs, Reilly O’Connor and Kevin Dufour all found the net for the Stars.

Now, Dundee defenseman, Jagger Dirk insists the team are prepared and motivated to pick up some points after losing their last five games.

He said: “It is a huge motivation, nobody wants to keep this run that we are on just now going, guys are ready to battle and sacrifice for each other and give the fans a good showing.”

The Canadian defenseman also shared an insight into the disappointment in the locker room.

“Obviously, we are disappointed but at the end of the day we know we are a good team.

“Our record doesn’t reflect what type of team we have, we are just in a bit of slump and the guys are looking forward to getting out of that slump”, added Jagger.

The Dundee blueliner also insisted that the team are doing all the right things and just have to keep working hard to get these important results.

Dirk said: “Guys are disappointed it as it has been a couple of weeks since we were in the win column but we are doing all the things right on and off the ice.”

Although, Jagger has also placed importance on consistency as the Stars have gotten away from their game plan too easily in the past few weeks.

He continued: “I think a couple times when we are getting our offensive chances, we are gripping our sticks too tight and when things aren’t going our way, we get away from our game a bit.

“So, we just have to be consistent, it is a hard game but as long as we play the right way through the entire game then we will be successful.”

Tonight’s home game against Glasgow will face-off at 7pm.

It is also the Stars’ annual Halloween themed night and fans are encouraged to dress up. Adult and Child Prizes will be handed out for the best costumes!

Get your tickets for tonight’s crunch match HERE.