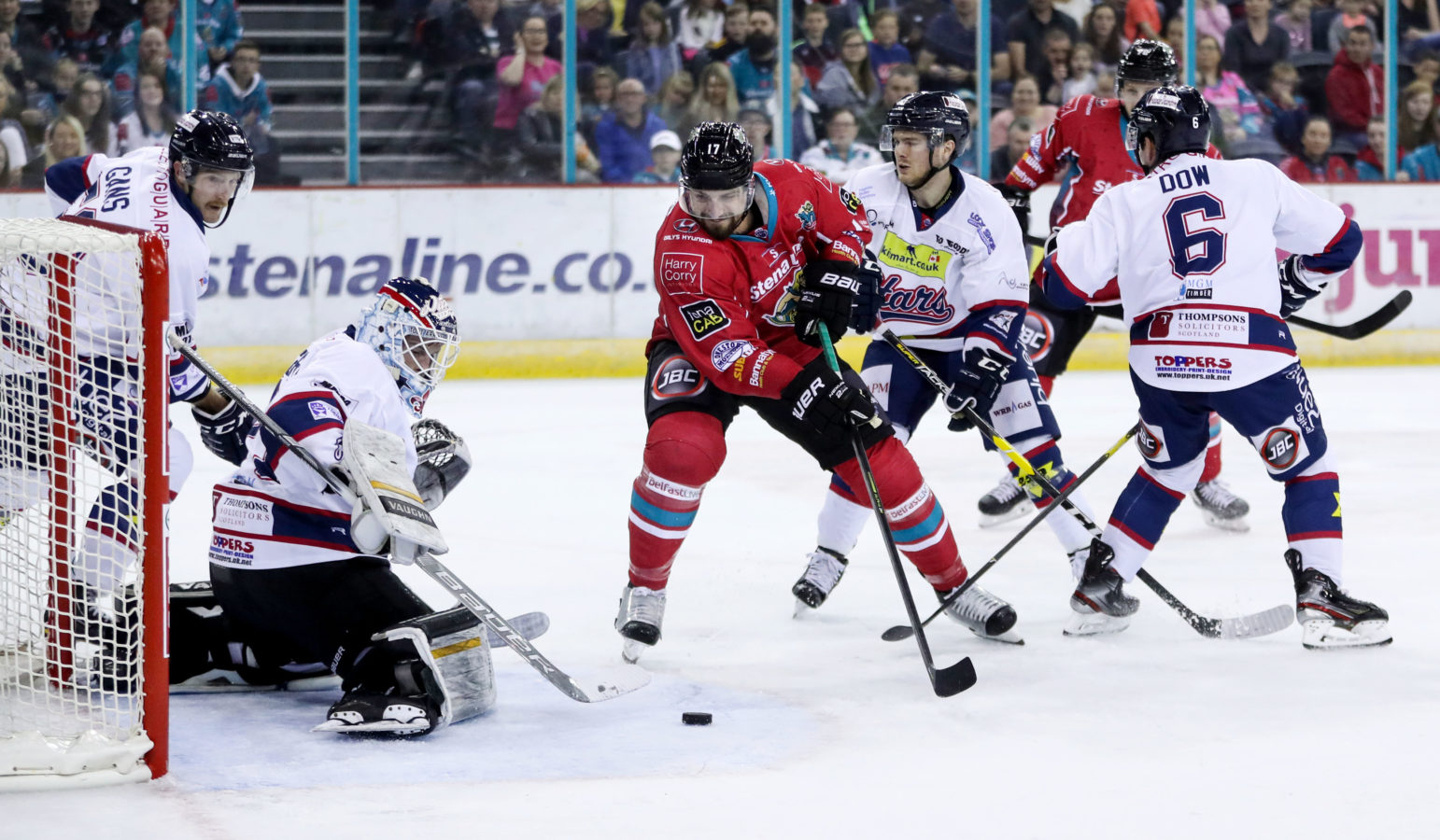 The Kitmart Dundee Stars start off their weekend with a road game against Belfast Giants and the Stars are aiming to snap a four-game losing run.

Tonight, Dundee travel to Northern Ireland with the aim of stealing another two points from Belfast in the SSE Arena and a win would be welcomed by the Stars, to kick start the league campaign.

The last two games with the Giants both finished 4-3 to Dundee as they swept the reigning Challenge Cup Champions in the group stage of this year’s cup.

Although, there has only been four scorers of the Stars eight goals against Adam Keefe’s side.

Kevin Dufour has netted three of them, Anthony Beauregard and Colton Kroeker have each scored twice and Duncan Speirs has also found a way past Shane Owen.

“I think this is a huge weekend because we have had success against both teams, but now it is in the league and I am sure both teams will be ready to go against us.

“I want to see a better overall team performance, but at the same time, in Sheffield I thought we did some positive things and we were better defensively than we were the week before.

“We have to start winning games and we have to be clicking offensively, defensively and in the special teams.”

After their success in Belfast last time, the Canadian coach wants to see his side go back to playing “simple” hockey.

He said: “We did well last time against them and we have won both games and our structure seems to work against them.

“So, we just have to make sure that we get back to playing our way and our brand of hockey.

“That means keeping things simple, currently we are forcing too many plays, we are giving the puck away too often resulting in less puck possession.

“Therefore, you are defending more and you seem like you are more spread out over the ice, instead of using five guys close in together.”

Dundee defenseman, Drydn Dow has said that the Stars need to bring their best game to Belfast if they are to be victorious again.

“They are always a good team, so you always have to bring your ‘A-game’ against Belfast but winning those first two games against them this year, gives us confidence and it just gives us the feeling that we can beat anyone in this league as long we are playing our best game”, said Dow.

The Calgary native also believes that they need to simplify their game, if they are to revive their cup form.

Drydn added: “Honestly, it is just about getting back to basics and we have to get back to doing what we were doing well in the Challenge Cup phase.

With the Taysiders sitting in 10th place only a point behind Manchester Storm, Dow stressed the importance of making sure they don’t fall further adrift.

He said: “You can’t have a gap at the bottom this early in the year, these wins are all important and getting back on track is massively important, so hopefully we can start that this weekend.”