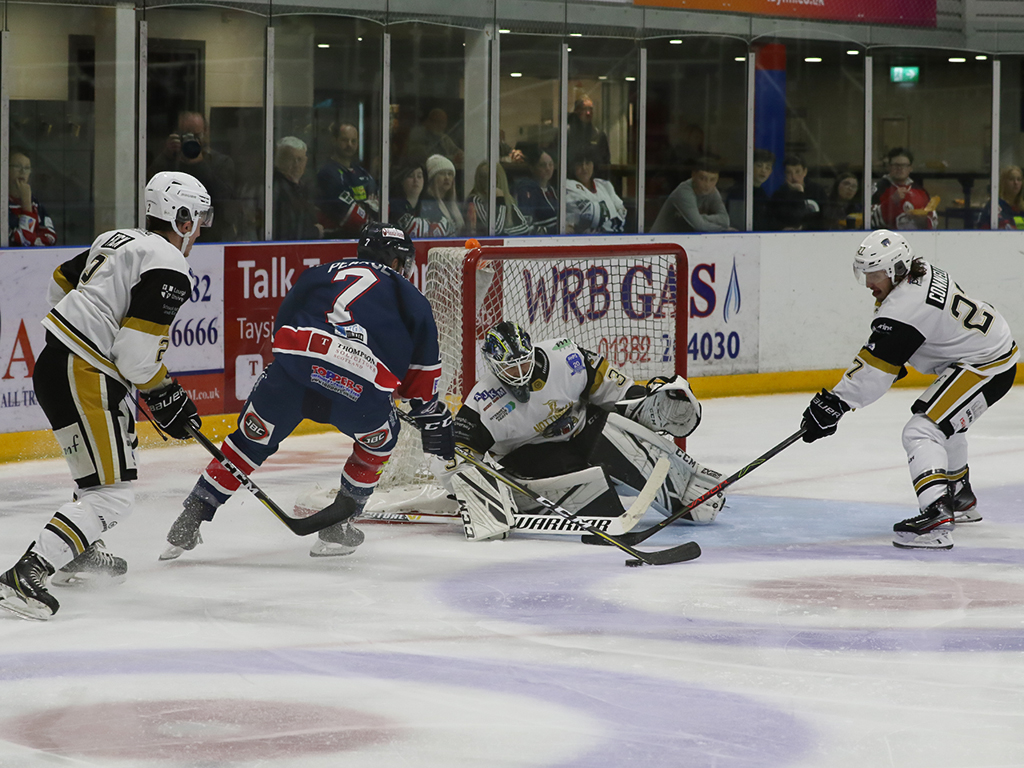 After 3-2 win over the Glasgow Clan on home ice, the mood in the Stars dressing room is a lot lighter and the players are confident of finding some form now.

Last Saturday seen the Stars end a six-game losing run in the league and they came out firing in the first period against Glasgow.

In the second period, Elgin Pearce would add to his side’s lead as he and Anthony Beauregard were clean through on goal and his teammate squared a last-minute pass across to Pearce for an easy finish, which was ranked the fifth best play of Week 9 in the Elite League.

Although, the Clan pulled one back just before the end of the second session through Jordan Heywood and the Glaswegian side added a second goal in the final stanza.

However, Scott Pitt’s goal came too late as the Stars sealed an uplifting win.

Reflecting on Saturdays crucial win, the Stars head coach Omar Pacha said: “We got a great result in our last game against Glasgow and obviously they are one of our big rivals, so we are happy with the outcome.

“Hopefully from that we can start to string some wins together, but we have to just build on what we did well against Glasgow.

“I thought we were good defensively, we didn’t give up many chances and we were disciplined.

“Our powerplay struggled a bit but we found a way to score three even strength goals, so that’s a positive.

“We were in control for most of the game and I never felt like we were in danger whatsoever, so those are positives that we have to take into tonight.”

Meanwhile, Tim Wallace’s Panthers lost their last match as they were beaten 4-3 by Coventry Blaze.

The Panthers fell behind in the third and Brett Bulmer put them level with 15 minutes left to play but the Blaze would nick the lead again and hold on for the win.

Dundee and Nottingham have met just once before this season and it was up in Scotland as the Panthers claimed a 5-1 victory.

Egils Kalns scored the lone Stars’ goal while Brett Perlini, Adam Deutsch (2), Sam Herr and Robert Lachowicz were on target for the Panthers.

On Monday, the Nottinghamshire announced the signing of 34-year-old forward Jullian Talbot but it is unclear if he will be registered to play by tonight.

Whereas, Dundee will be without Kris Inglis who remains on the injured reserve with an upper body injury.

Speaking ahead of tonight’s league match, Pacha added: “It is a massive game and it is still early in the season but again that also means that you have to pick up points and make sure that we get results.

“So, all games are important and I think every game is the biggest game of the season and that is the beauty of this league.

“We are still close to the playoff spots with a lot of hockey left but we have to get on a roll and hopefully we start that tonight.”

The Stars boss also thinks that the win over Clan will give his side a boost in confidence.

He said: “I think it should give a bit of confidence to the guys, they have been unlucky in many games, so hopefully that will give them the confidence they need to keep pushing forward.”

Face-off time for Wednesday’ clash at the Motorpoint Arena is 7:30pm.