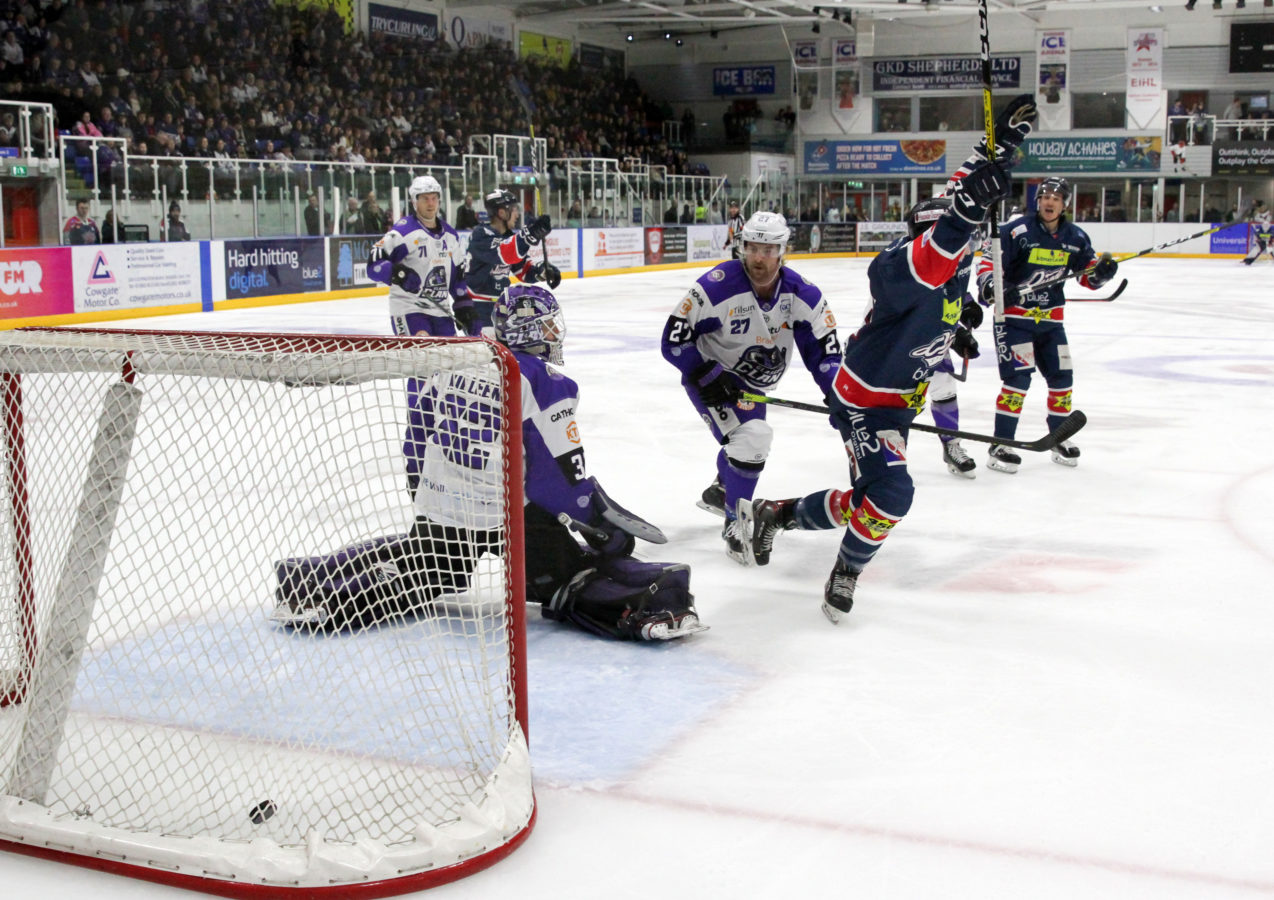 The Kitmart Dundee Stars play host in another massive playoff battle tonight at Dundee Ice Arena, as they take on the Glasgow Clan. Another two vital points are up for grabs and will make a huge difference to either sides chances of qualifying for the post-season.

The Elite League table currently has the Stars sitting in ninth place on 38 points, just a single point outside of the playoff spots and just behind tonight’s rival the Glasgow Clan. You can buy your tickets for tonight’s MASSIVE game NOW!

The Clan occupy eighth place in the standings with 39 points, but have played one more game than Dundee, so a win on Saturday can move the Stars up into the top eight, whilst still retaining their game in hand advantage.

That game in hand will be used on Sunday, as Stars are the only team in the bottom four to play twice this weekend, as they take on the Coventry Blaze in the Skydome.

Omar Pacha’s men come into tonight’s big battle off the back of mixed weekend, a huge 3 – 1 win over Manchester Storm at the DIA, last Saturday night and a 6-2 defeat in Cardiff, just 21 hours later

Both Anthony Beauregard and Egils Kalns scored against the Devils, with Kalns goal being picked as the league’s Play of the Week and Anthony’s being the number 3 pick.

The Stars were missing two players in Cardiff as both forward, Alex Schoenborn and defenseman, Reilly O’Connor were injured. After a solid week in practice Schoenborn will make a welcome return to the line up, while Reilly will unfortunately still miss this weekend’s action.

Although, the Clan were missing Jordan Heywood, Jack Musil and Matt Stanisz and it is most likely that they will be short on bodies again for their trip to Dundee tonight, which should work in the Stars favour. Omar Pacha’s men have yet to lose at home to Glasgow this season and have outscored Glasgow 17-8 at the DIA.

Looking ahead to the weekend, Stars Head Coach, Pacha said: “It is obviously a big home game and we want build off the last home game, after taking points off of Manchester in the playoff race.

“We have to be strong defensively, create more offensive chances, stay disciplined and we have worked a lot on our powerplay this week.

“So, hopefully that can be the difference in the game because we want to use our speed to create chances and draw penalties, but we have to stay disciplined, whether it be sticking to our systems or not taking penalties ourselves.”

This fixture will prove to be a critical moment in each side’s playoff push and the Canadian coach is hoping his side will come out with the two points to put themselves in the “driving seat”.

Pacha added: “It is a huge game because there are eight matches left and we are only one point behind them with a game in hand, so we can put ourselves in the driving seat.

“So, we have to make sure we are ready from the get go, they have had an up and down year but they (Glasgow) will see it how we and Manchester see it, they are still close enough to make the playoffs and they want to make a run.

“So, it is important for us to realise that and make sure we execute properly and ensure we are the better team on Saturday.”

The Stars Boss has also said that his players will need to be at their best to win points against a hungry Glasgow side and a dangerous Blaze team on Sunday.

He continued: “We have to focus on playing well defensively but also we have to keep getting to the net, creating chances to score and that is maybe something we didn’t do as much as we would have liked to over the course of last weekend.

“But we still had some good looks, we just have to find ways to get pucks and bodies to the net, enter the zone with speed and be a bit more fluid offensively, because our passing has to be a bit better than last weekend.

“Again, special teams will be massive, the powerplay will be crucial and at this time of year, it comes down to individual mistakes and team mistakes.

“So, we have to limit that as much as we can and then take advantage of other teams mistakes.”

Dundee winger, Egils Kalns has also stated the importance of this weekend and highlighted how the Stars are in for a difficult end to the season but the Latvian believes the team are capable of getting the important victory on Saturday.

He said: “Every match is very important, and we all know it is going to be a tough final set of games for us until the end of the season, so every point is going to precious.

“We just have to win that game against Glasgow and we will need give 100% to win every battle all over the ice, so it is not going to be easy but we have to get the job done.

“If we stick to our plan, play strong defensively and finish our chances them the wins will come.”

Face-off time for Saturday’s home game is at 7.00pm and you can buy your tickets HERE.