The Kitmart Dundee Stars are looking to build on last weekend’s fantastic four-point weekend with another win against Nottingham Panthers tonight.

Stars begin the weekend on Friday by welcoming the third-place Nottingham Panthers, who are on a four-game losing streak. The Panthers sit seven points clear of Fife Flyers in fourth but they are nine points adrift from the pace-setters, Cardiff Devils.

The biggest news coming out of the Motorpoint Arena this week was that the Nottinghamshire club had relieved head coach, Rich Chernomaz of his duties.

Assistant-coach, Rick Strachan has been appointed as interim coach until the end of the season and with Guillaume Lepine currently injured, he will be taking on the number two role.

Since the two sides last met, Marek Tvrdon was released by Nottingham and Chris Stewart became Chernomaz’s last signing for the Panthers.

Last weekend, Stars were only missing Jordan Kelsall as he was and still remains on international duty with Great Britain Under 20’s in Estonia. Also away with GB, is Nottingham’s Joseph Hazeldine.

The English club were without three other players in their last game as netminder, Patrick Munson was a healthy-scratch and Robert Farmer and Lepine missed out through injury. It is an all clear on the injury front for Stars as of now and they are expected  to ice a full quote of imports.

Dundee have won just one of the three encounters between the two teams this season. They won in Nottingham 4-3 after snatching a late winner through Matt Marquardt after the home team had tied the score in regulation.

Before his dismissal, Chernomaz had masterminded two victories in Dundee as Panthers nicked the extra point in overtime by a score of 2-1. They also shut the Stars out in Tayside and netted three times to claim the victory.

Stars head coach, Omar Pacha is pleased with his preparations for the game but remains cautious with his opponents under new management.

He said: “We are preparing as much as we can for Nottingham but we want to be cautious not to overprepare.

“They are getting a new coach and we expect them to come out firing and with a different atmosphere.

“Anytime you play a different team that has a new coach, it usually ignites a fire within the line-up, so we have to be wary of that.

“We as a team are aware that they will come out firing, so we have to be well-prepared for the get go.”

The Canadian has carried out his usual pre-game measures but is focusing on his team doing the right things.

Pacha added: “We do video sessions and we scout every team and we try to find the little things that maybe we can exploit but their team might be changing things systematically.

“Overall, we are expecting a team that is not necessarily the same as the previous week, they have had a few practices and are maybe into other systems now.

“We just have to play our game and just do what we do well and that gives us a good chance to win hockey games.”

A repeat of last weekend’s performances is what Stars will need to get off to the right start, according to Omar.

“I think it is to have that same intensity and jump that we had last week.

“I like how our defence moved the puck all weekend, hopefully we can build on that and that was our focus this week in practice.

“If we can do that, we become a really effective team and we are able to support five guys.

“It will be interesting to see how we match-up against Nottingham in their situation,” said Pacha.

He also hopes that his forwards will build on last week’s 12-goal thrashing of Sheffield Steelers.

Pacha continued: “Hopefully that was a confidence booster for the guys and they can build on that.

“Anytime you score goals, sometimes they come in segments so hopefully this is a segment we can build on and keep going.”

Dundee’s powerplay finally found a rhythm as they netted on four of 10-man advantages and Pacha said: “We have had a lot of practice and we changed personnel.

“We made a few adjustments and since then it has been quite successful, however it has only been two games so we are trying to find consistency.” 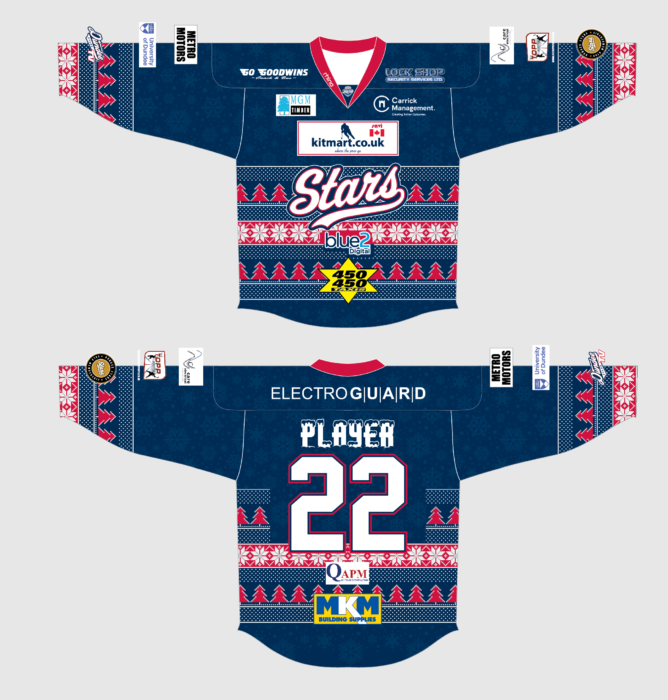