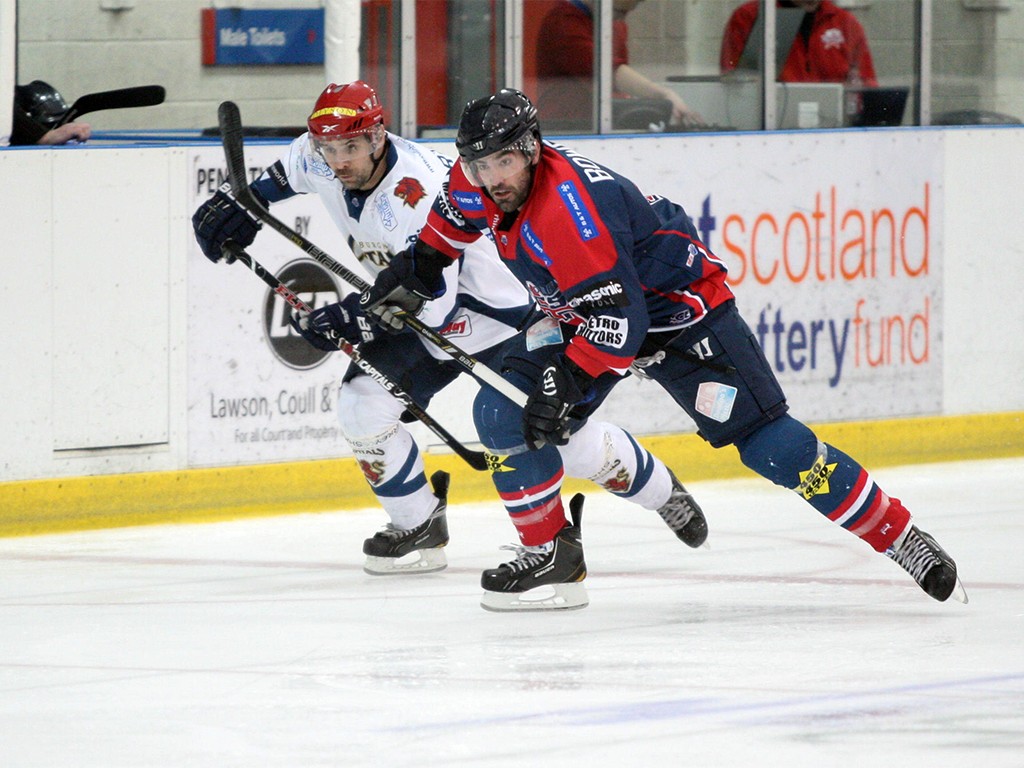 To start off week 12 of our ‘Look Back’ series, we will be taking you back to the 2012-2013 campaign, which was the club’s 12th year in existence and their third season of competing in the Elite League.

Over the course of that season, the Stars played a total of 52 Elite League games but were beaten to the final playoff spot by their Scottish rivals, Braehead Clan.

In the 2012-2013 campaign, the Elite League was again contested by ten teams and there were no changes to the list of clubs competing in the British topflight.

Nottingham Panthers were that season’s league champions with 85 points and that was 41 points more than Dundee collected.

Although, the Stars were just two points behind the Clan, as they finished in ninth place with 46 points but they were also the lowest ranked Scottish team, with Edinburgh Capitals placing sixth and Fife Flyers seventh, both on 48 points.

However, there were only four points separating all four Scottish clubs and the only team to finish below them was, Hull Stingrays with 43 points.

After the regular seasons had ended, Dundee had a record of 19-27-6 (wins-losses-overtime losses) and they scored 138 goals and conceded 194 over the 52 fixtures.

In the playoffs, Braehead were knocked out by Cardiff Devils in the Quarter-Finals and also eliminated after the first stage were, Fife by Nottingham, Edinburgh by Belfast Giants and Sheffield Steelers by Coventry Blaze.

Belfast would beat the Blaze in the Semi-Finals and go up against Nottingham after they defeated the Devils but the Panthers would clinch their second trophy of the season after an overtime victory in the Final and also their third straight playoff championship.

The Tayside team also competed in the Elite League’s Challenge Cup again but failed to make it out of their group in the first stage of the competition.

However, the Stars came fourth in Group A after winning eight points from eight matches and only Belfast and Braehead qualified for the next round but they were both eliminated at the next stage.

That season’s top point was Finnish forward, Sami Rhyanen, who put up 101 points in 61 games and he led the team in assists as well, with 70.

Although, the club’s top goal scorer that year was Canadian winger, Mike Wirll, who found the net 38 times in all competitions.

Also, in his first season as player-coach, Jeff Hutchins was the most penalised player on the team with 188 penalty minutes from 54 appearances.

In the 2012-2013 season, the team had two active netminders in Nicola Riopel and Mark McGill.

While, the Dundee blueline was manned by such names as; Greg Moore, Matt Baxter, Pat Bowen and Doug Krantz.

Whereas, pushing forward the Stars had dangerous players like; Tim Kraus, A.J. MacLean, Janis Ozolins and one of the deadliest attacking trios in the club’s history – Wirll, Ryhanen and Bill Bagron.

Next we will be bringing you a look back at one Star Player from the 2012-2013 season and that will be released Wednesday at 12pm!