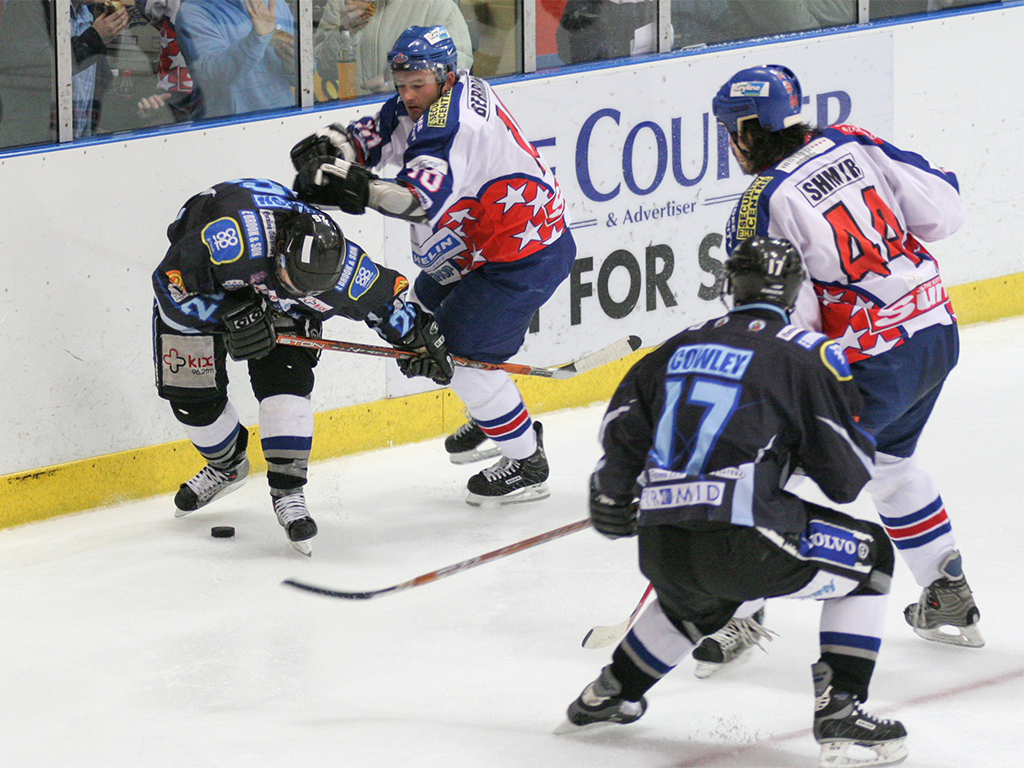 This special edition of Stats of the Stars takes a look at some of the standout statistics from the 2004-2005 season, where the team continued to compete in the British National League.

In the club’s fourth season, which was also their last in the British National League, Dundee Stars finished in fifth place with 28 points after 38 games.

The team won 14 matches in the regular season and did enough to qualify for the playoff but they were also the top Scottish side in the league standings, as they finished three points ahead of their main rivals, Fife Flyers and 13 ahead of Edinburgh Capitals.

Dundee scored 117 goals in the league and let 155 into their own net, however the team really hit their stride in the post-season.

After struggling in the Winter Cup and the Crossover Cup, which mixed the BNL teams with the top flight Elite League clubs, the Stars put together a memorable playoff run that took them all the way to their second championship in four seasons.

The Tayside team finished fourth in the playoff group stage section before knocking out the top seeded and league winners, Bracknell Bees.

Then in the final, the Stars swept Guildford Flames in three games to claim back the playoff trophy.

Right wing Cory Morgan contributed the most goals and points in the regular season with 18 and 39 in 31 appearances.

While, Jason Shmyr created the most goals in league-play with 29 assists in 36 games and he was also the teams most penalised player with 267 minutes spent in the sin bin that season.

Whereas, in the playoffs the Stars had a record of 3-1-1-1-4 (wins-ties-losses-overtime wins-overtime losses) and won 10 points, scoring 36 goals, which is the same number they conceded.

Morgan was again the top goal and point scorer in the post-season , as he scored 10 times and collected 19 points in 15 playoff ties and Patric Lochi set up the most goals, as he assisted on 11 in 14 appearances.

Meanwhile, in the Crossover Cup, defenseman Christian Borgatello had the most assists and points with eight and 11 in 14 games, where Dundee mixed with the other top teams in British ice hockey.

Once again, Morgan was the top scorer as he found the net six times in 10 matches.

Also, two players left their mark on the Stars all-time statistics tables but it was in only one category.

Shmyr has made it up to third on the Stars’ all-time penalty minutes chart after he spent 411 minutes of his two season in the penalty box, which is nearly seven matches of the 96 matches he played for Dundee.

The Canadian also made it up to second on the all-time penalty minutes per season chart, as he accumulated 243 minutes across 51 games.

Meanwhile, Scott Barnes came in fifth on the same list after he collected 185 minutes from 49 appearances.

Next-up in our ‘Look Back’ series, we catch-up with a former Star from the 2004-2005 season and see how his life has changed since leaving Dundee.