This special edition of Stats of the Stars takes a look at some of the standout statistics from the 2005-2006 season, where the club began competing in the Scottish National League and the Northern League.

In the Stars’ fifth season and first in the SNL and Northern leagues, they finished 3rd in the Northern League with 13 points and 2nd in the SNL with 26.

The team also competed in two cup competitions that season and in their inaugural entries to the Scottish Cup and the Autumn Cup, the team had two very different outcomes.

In the Scottish Cup, the Stars beat North Ayr Bruins 8-0 in the first round but faced their earliest elimination all season after Edinburgh Capitals SNL (The Caps also had a team competing in the Elite League) knocked them out in the Quarter-Finals.

Although, the Stars made the final of the Autumn Cup and got their revenge against Edinburgh in the Semi-Final before suffering defeat against the Flyers in the final.

Dundee also extended the length of their season by making the final of both playoffs in each league.

However, they were almost carbon copies, as the Stars knocked out Paisley Pirates in both Semi-Finals but went on to lose to the Flyers in each final.

Therefore, in all of the Finals against Fife that season, the overall score was 23-17 in favour of the Flyers.

One player really led the team offensively that season but with help from a few other key players, Andrew Samuel had the most assists and points in the Northern league for the Stars, with 16 and 23 in just nine appearances.

Meanwhile, Dundonian forward, John Dolan bagged 14 goals in the same amount of appearances and Richard Latto spent the most minutes in the penalty box after collecting 48 penalty minutes. 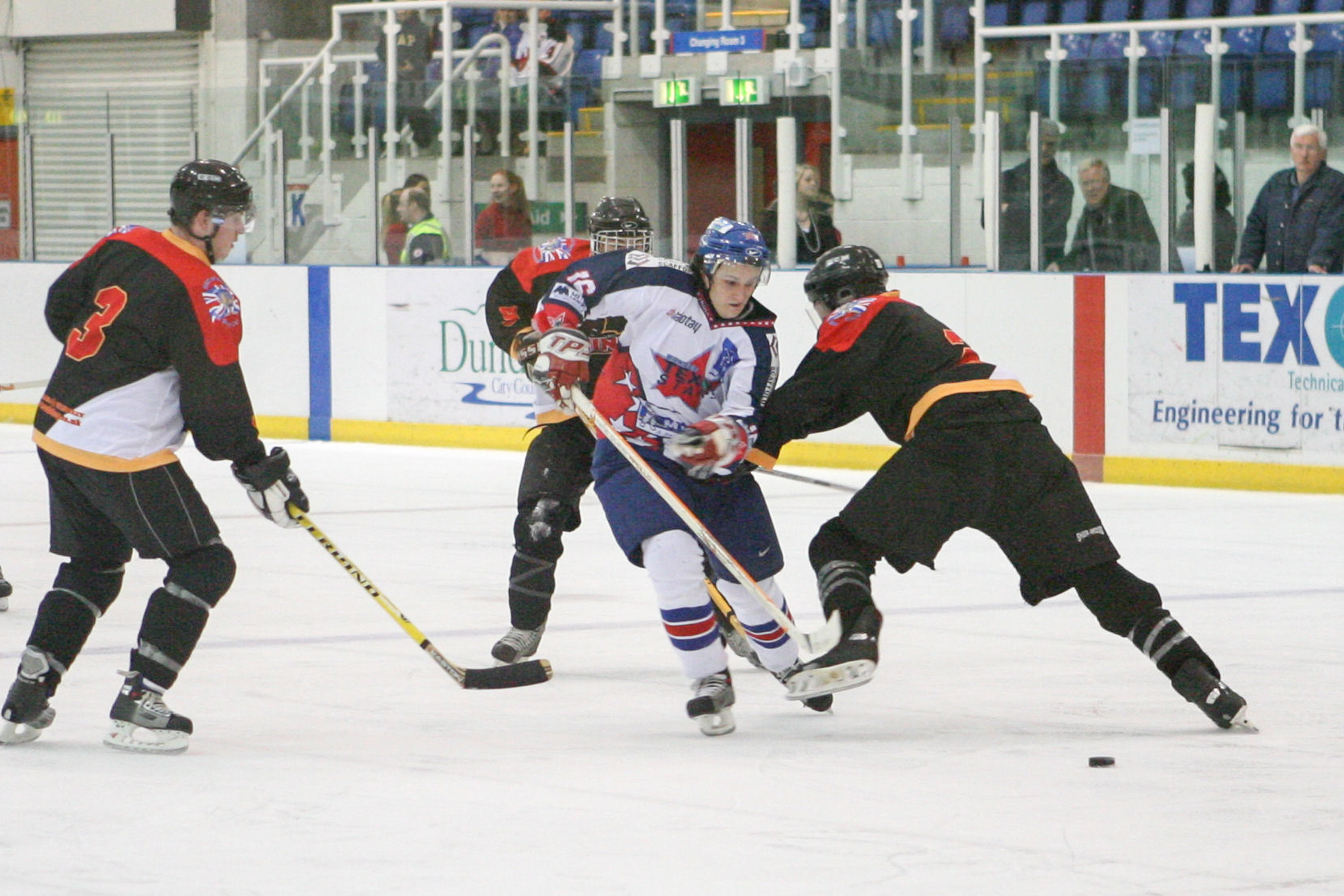 Whereas in the SNL, Samuel was the top goalscorer and again point scorer after netting 24 times in 10 matches and contributing a total of 44 points.

Although, Ali Haddanou, the Stars Scottish-born Algerian winger created 22 goals and was the teams most creative player in the Scottish league, while defenseman, Calum MacEachran spent over a full-match in the sin bin with a combined total of 63 penalty minutes.

Only one player from that season made it high up into the Stars all-time statistics charts and for the most goals per season, Samuel is ranked 21st after scoring his 24 in 10 SNL games.

Next-up in our ‘Look Back’ series, we catch-up with a former Star from the 2005-2006 season and see how his life has changed since leaving the Stars.